Home / Sports / Ball Sports / The History Of The Ashes

The History Of The Ashes 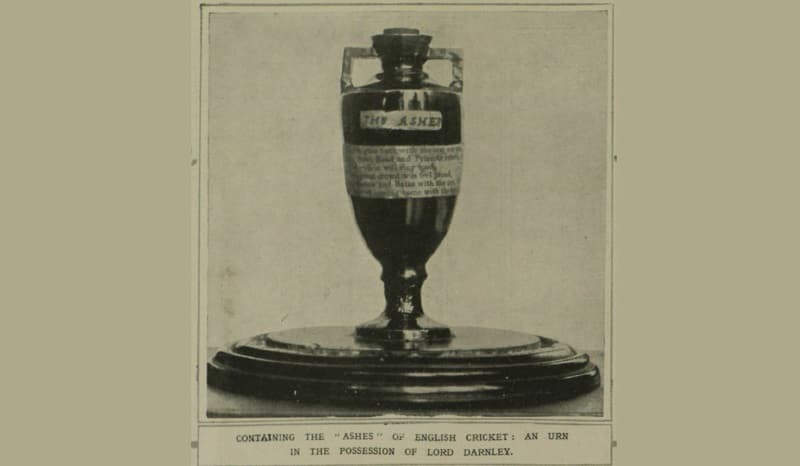 With the Ashes played at least once every 4 years, we explore what the Ashes are and some key moments in the history of this great cricketing encounter between England and Australia.

The History Of The Ashes

On 29th August 1882 England lost to Australia for the first time on home soil. Next day the Sporting Times wrote a mock obituary of English cricket, it said, ‘The body will be cremated and the ashes taken to Australia’. A few weeks after this an English team set off on a tour of Australia vowing to return with,’ The Ashes’. It was during this tour that the English captain, Bligh, was given a small terracotta urn as a symbol of the Ashes. Bligh viewed the urn as a personal gift and as such it sat on his mantelpiece until he died 43 years later.

After his death, his widow bequeathed the urn to the MCC and today, 75 years later, this urn is still on show at the MCC museum at Lords. The Aussies do frequently complain about this. It has only left the MCC twice, once to Sydney for a bicentenary test match in 1988 and in 2006 for the Tour of the Ashes exhibition which travelled around each state in Australia.

In the 1990’s the MCC commissioned an urn shaped Waterford crystal trophy which is now presented to the winning Ashes team. So what started as a journalistic joke is now the stuff of legends.

Maybe the most controversial series was the 1932-3 tour of Australia when the England captain Douglas Jardine encouraged his bowlers to aim at the upper bodies and heads of the Australian batsmen. This led to a diplomatic incident with the Australians calling this tactic ‘unsportsmanlike’. England did go on to win the series but the tactic was dropped.

Don Bradman is viewed by many as one of the best Ashes batsmen ever to play. In 1930 he scored four triple centuries for Australia, giving him an incredible batting average of 89.78.But there is also David Boon, a Tasmanian batmen, who liked a drink. He repeatedly drank 52 ‘tinnies’ on the flight to England in 1989! As for bowling Jim Lakers 19/90 at Manchester remains the best bowling performance of the Ashes in 1956. Shane Warne is the highest wicket taker in an Ashes series, 172 wickets from 31 Ashes matches.

The third Ashes test in Headingly 19081 has gone down in history as a truly remarkable cricket match. England had lost the first test at Trent Bridge and then got a draw at Lords. Ian Botham had then stood down as captain. At Headingly the English team had been dismissed for 174, 227 runs behind Australia, everyone thought all was lost. Then Botham hit the crease and scored an amazing 149 not out which was recently voted by many as the greatest Ashes moment of all time. Willis then bowled to claim incredible figures of 8-43, completely turning round what was assumed to be an English defeat to a victory.

The latest Ashes results are 325 tests played, 130 won by Australia, and 106 won by England, 89 drawn. Each series is comprised of 5 test matches, it is generally played biennially alternating between Australia and England. England last won the Ashes in 2015.