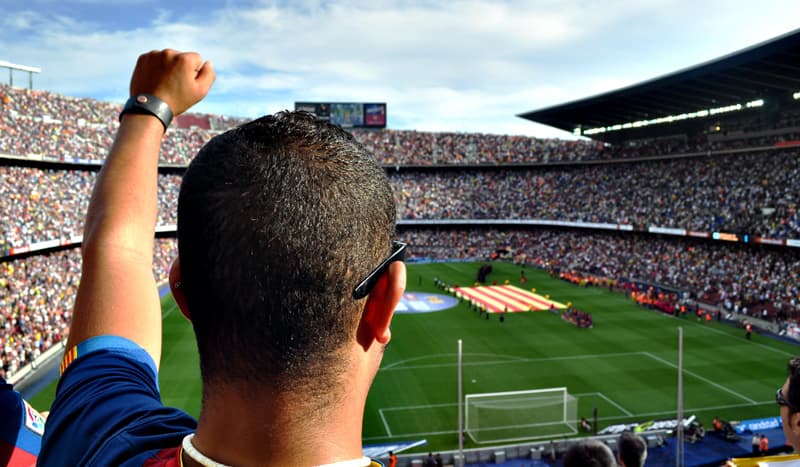 Want to know who and when the fastest goal in the FA Cup final was scored? We have the answer along with some other trivia about the World's most famous knock out cup competition.

When all four semi-finalists of an FA Cup come from the top division, it was set to be a gripping final. Though it did not disappoint, this time the underdogs did not prevail. The 128th FA Cup in 2008-2009 is noted for having the fastest goal in FA Cup history.

The FA Cup is widely considered one of the most captivating competitions in British, if not world, football. All those that have experienced the competition either as a player or as a fan will undoubtedly agree that it has a certain intangible magic.

This is perhaps owed to its long history and tradition, or the construction of the competition that allows the minnows of the game to try their luck against the highly experienced sharks of the big league. In the year of its inception, season 1871-72, The FA Cup had a mere fifteen entries.

With some big wins in the extra preliminary rounds, and numerous upsets along the way, such as Nottingham Forest’s 3-0 victory over Manchester City in the third round, this year’s 128th FA Cup was as thrilling as ever.

Unlike the 2007-08 Semi-Finals, when three of the four teams were from outside the top division, all four of this year’s Semi-Finalists were from the top, with Chelsea, Arsenal, Manchester United and Everton all battling it out for the Cup. In fact, the only team in the final eight that were not from the Premier League was Coventry City, who reined victorious in 1987. Wembley Stadium hosted both Semi-Finals, the second time it has done so since it was re-opened, and it was Chelsea who beat Arsenal 2-1, followed by a surprising upset that saw Everton beat clear favourites Manchester United.

After a 2-1 victory over Everton in the final on May 30 Chelsea had secured their second FA Cup success in the last three years and ended the campaign of a team that were fierce contenders throughout, but who hold the unenviable title of losing seven FA Cup finals; the most of any team in the Cup’s history.

The match was sparked into life within 25 seconds when Toffees’ forward, Louis Saha, drove home a Marouane Fellaini knock-down to score the quickest goal in Cup Final history.Everton fans dared to entertain the thought, perhaps only for a moment, that they could take on and beat one of the strongest team’s in football history, but it was not to be and Saha’s goal was answered in the 21st minute of the game by Didier Drogba, who further ignited some magic in Frank Lampard who sealed victory for Chelsea in the second half.

Interim coach Guus Hiddink left Chelsea with the perfect goodbye gift to return to his full-time role as coach of Russia and football fans worldwide are left with a long, and perhaps for some antagonising, wait for next year’s FA Cup.