Unusual Christmas Customs from Around the World 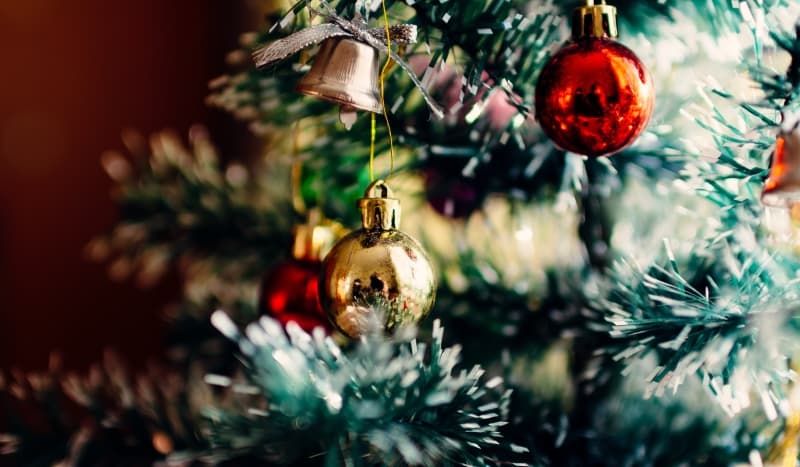 As we all get into the Christmas frenzy of buying xmas presents and preparing for Santa’s visit on the 25th it's worth reflecting that Christmas is not like this everywhere in the world. In fact some countries don’t even celebrate Xmas on the 25th!

Here we reflect on some of the most unusual customs from around the world in an easy infographic. 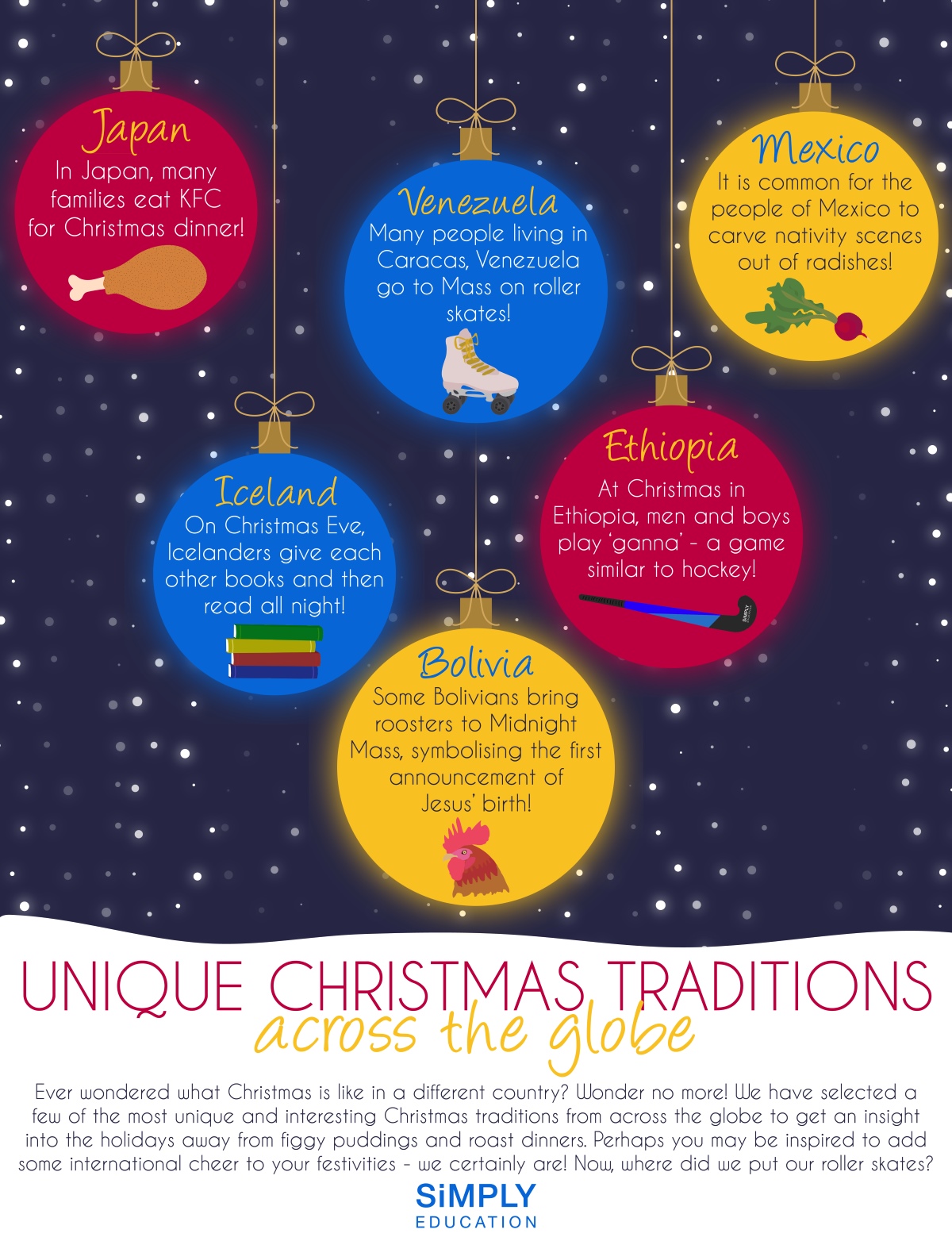 This research was carried out by Simply Education who provide teaching jobs for permanent and temporary positions. If you really want to make a difference and you have teaching qualifications, then they could help you on the right track.

What About Some Other Countries?

In Portugal extra spaces ate set at the dining table for deceased relatives, the practice is called ‘consoda’ and many families believes this practise brings them good luck. In Japan Santa Claus is known as Santa Kurohsu and is reputed to have eyes in the back of his head to see any naughty children.

In India only about 2.3% of the population are Christian and whilst they celebrate with midnight mass and present giving there aren’t really any fir trees to use so instead they decorate banana and mango trees. On the subject of food Greenland provides some interesting variations on the traditional British roast turkey.  One of their delicacies is mattak, raw whale skin with blubber. They also have kiviak, a bird wrapped in seal skin and left for several months. And you thought brussel sprouts were hard going!

In terms of when Christmas is celebrated then it is interesting that Russia and Ukraine celebrate it on the 7th January. This is because it is based on the old Julian calendar. In the traditional Russian Christmas people fast until January 6th then begin a 12 course supper to celebrate the 12 apostles.

In Sweden, Christmas eve is also seen as the main day of celebration rather than the 25th. Talking of Xmas Eve, in the Czech Republic single women throw a show over their shoulder, if the shoe lands with the heel towards the door, she will stay single for another year.