Science Fiction & Why We Love It & Star Wars 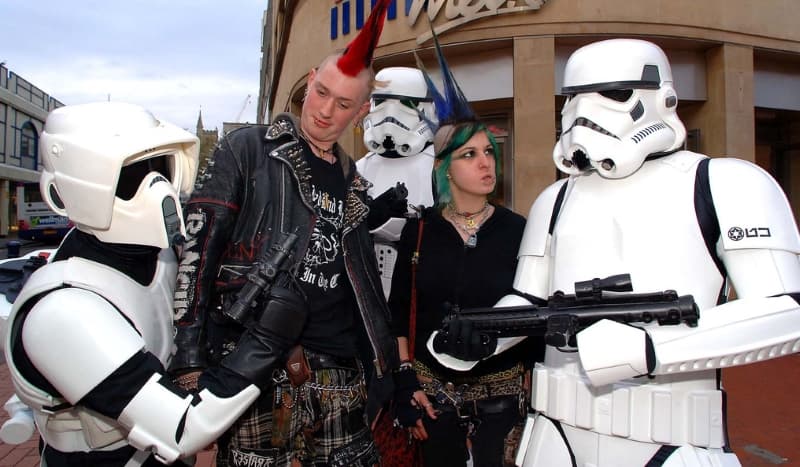 As we look forward to the brave new world that will be 2018, the hot movie on everyone’s lips is Stars Wars: The Last Jedi. Directed by Rian Johnson, the movie is the latest in a saga that stretches back lightyears or, for us, to 1977.

Ever since George Lucas had the idea for a series of epic battles across the galaxies, the world has been hooked on the sci-fi genre. In fact, if you look at some of the latest reviews for Johnson’s imagining of Star Wars, our love for all thing scientific and fictional hasn’t abated.

The Guardian’s Peter Bradshaw has called it a “thrill-ride of galactic proportions” and given it four stars. For the BBC’s Nicholas Barber, previous reincarnations of the original series had left the saga “running on fumes”, but the latest offering has hit the hyperdrive and taken the franchise back into the fast-lane. So, what’s fuelling this ongoing love affair with Star Wars and movies of that ilk? The obvious answer is the cinematic offerings themselves. However, once theatres stop showing something and the DVDs start to gather dust, what’s left to keep us interested?

Sci-fi Seeps Into The Mainstream

One possible answer is the proliferation of sci-fi as a culture. Look around the entertainment world at large today and you’ll see a plethora of science fiction themes in places you probably wouldn’t expect to see them. For example, inside London’s Barbican, Patrick Gyger was given a space to talk about all things space. For his summer 2017 exhibition titled Into the Unknown, Gyger traced the history of sci-fi from Ray Bradbury’s novels to today’s cinematic masterpieces. As part of the project, Gyger was not only picking out some of the best examples of the genre, but asking why it’s so appealing. In the early days, Gyger notes that science fiction was a form of escapism that revealed in the fact it was niche.

Today, however, he notes that it’s very much influenced by modern culture and actually offers a way for us to read, but not shape, the world around us. In essence, sci-fi is giving us both a way to escape and understand something familiar from a distance, a new perspective. Indeed, you can see this idea in practice when you look a site like Kaboo. Read any review of this online casino and you’ll see that Kaboo is a “sci-fi themed” platform that almost feels like an alternate universe. In this instance, the developers have clearly taken the space theme and used it to help players escape their daily lives. However, at the same time, the interface follows all the traditional conventions common of the iGaming industry. In this sense, players are able to experience something familiar yet different at the same time.

This idea could also apply to something such as a bar. Head to Paris and you’ll find Dernier Bar Avant la Fin du Monde (Last Bar Before the End of the World). Filled with memorabilia and more, this place is a physical tribute to all that’s sci-fi. However, as you sip drinks and admire the décor, you’ll notice that there are elements that jive with modern life. For example, the cabinet filled with masks that reads “in case of revolution break glass”, not only captures the dystopian element common in sci-fi, but, perhaps, the mood around the world today. Indeed, it’s this ability to create links between our lives and the lives of those in a galaxy far far away that has made science fiction popular and kept Star Wars at the top of the movie charts.