Do I Need A PPL Licence? 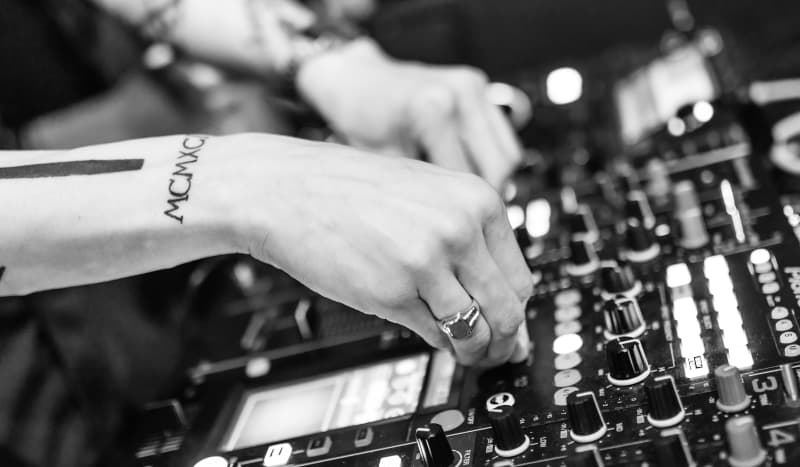 When any one buys music from a source like a DVD, CD, mp3 download or otherwise, they have all the right to play it. The DVD or music can be watched by as many people as possible, family and friends, but with the restriction; it must be done in private. PPL comes in where you want to play music in public.

No law is violated where you play music in private - however many people there maybe, it is not considered a public performance. This usage was already paid for when the music, movie or TV episode was bought.

When any form of is taken and played in a public place, be it a restaurant, bar, shop etc then it is now considered a public performance. Such usage is in violation of copyright law, because buying the music was for personal use and not commercial. In situations like this a PPL licence is required to legally play music in a public place.

Why Should I Pay For A PPL Licence When I Bought A CD?

Music can be obtained by purchasing a cd or record from your local shop or by downloading tracks from one of the many internet outlets. This music is for private use only as permitted by law. As the owner you have the right to listen to it at any time. However, listening to this music in a public place without the use of headphones is considered public performance. A PPL licence would therefore be required to comply with current law. This is done mainly to protect the artist and to build the music industry.

Listening to your music, in a public place is no longer private but public. This is why bars, restaurants, shops, hotels and other public venues are required to purchase a PPL licence in order to stream music they have purchased throughout their venue for the benefit of the “public”.

A PPL licence simply gives you the permission to play music in public under stated terms and conditions.

Musicians live by music and expect to earn from their creations and performances. Public performance is key to copyright as even though the music was bought, the artist still has exclusive rights over it and has to be paid a royalty if the music is to be broadcasted to the public, via radio stations, or in shops, bars and restaurants. This is key to how artists and recording companies earn money after the music has been sold.

Any performance that has an audience that goes beyond a “family or friends” circle and beyond the domestic environment is therefore a public performance. In a public place, the audience can even be one person. Music played in a private residence, in the company of friends and family is not considered a public performance hence no PPL licence is required.

How Is This Money Obtained?

The music company, producer / publishers and the artist are represented by the PPL Company. This company licences all public performances of music through the issue of PPL licences and then collects a fee on behalf of the creators and/or publishers by charging for the licence. This licence is mandatory for any public performance of music that falls under copyright law as background music in workplaces, shops, toilets, gyms etc in the UK. The licence term includes both music on CD and those on radio stations as well as television sets. Business establishments playing public music are required to obtain an annual PPL licence in addition to other licence requirements.

Once this money is collected, it is paid to the artists and music companies as royalties.

The Legal Aspects Of A PPL Licence

There are laws governing usage of copyrighted material meaning that legal proceedings may be instigated where there is a violation of copyright law. Purchase or rental of copyrighted music does not mean the buyer has the right to publicly exhibit the music. A PPL licence is required for usage of music in bars, lodges, camps, restaurants and other business premises. This is a legal requirement that applies to all, whether the music is played for free or at a fee.

Willful failure to comply with this legal requirement is a crime that may lead to either a heavy fine or jail term.

Is There Need For Licences From Both The PPL And The PRS For Music?

PPL and PRS are two distinct companies with different and independent roles. Quit often, licences from both companies are required in order to play recorded music in public. In as much as they are used to collect and pay musicians royalties, they represent interests of different entities and right holders with regards to the use of recorded music and public performances. PPL licences mainly cover recorded music under copyright on behalf of the artist or record company. The recorded music include those bought on CDs, those played on radio and television and over the internet in public.

PRS licences cover the artist, composer, publisher or the recording company’s rights with regards to use of “actual lyrics and composed music”.