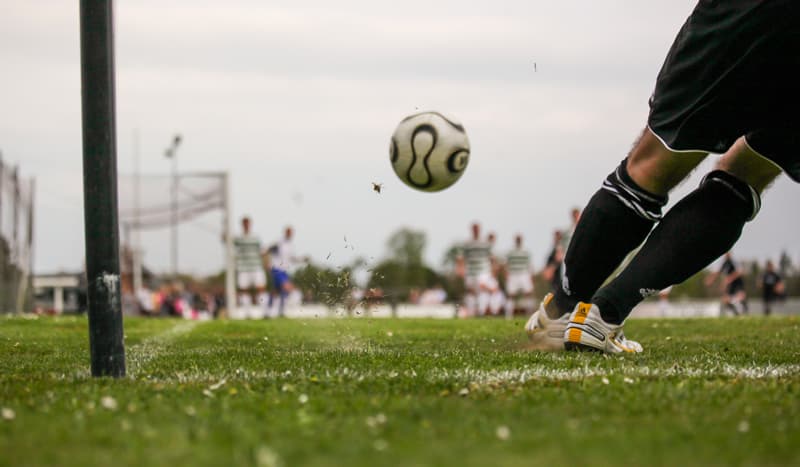 As with any sport, football has had it's fair share of suprises, last minute comebacks and David and Goliath moments. Is there a supreme underdog tournament win in there? Let's take a look at some of the more surprising results.

Underdogs emerge in every sport, at every level. They are the team that is not expected to win, but usually the team most loved by fans. The greatest upsets in football history make for some of the best stories about Underdogs. Read on for an account of the biggest upsets in Football tournament history.

FIFA World Cup Final, July 16, 1950: The final, held in Brazil, would have been a seemingly easy defeat for the Brazilian team, who in turn, was defeated by Uruguay, 2-1. This was a devastating defeat for Brazil, whom was hosting the event and had almost 200,000 attendees.

This tournament seemed to be ripe for upsets, as earlier in the brackets, the lowly ranked American team beat the very highly ranked British team 1-0.

The amazing upset of Germany defeating Hungary is called the Miracle of Bern. Germany was down 2-0 and came back to win 3-2. The Hungarian team was now beaten after dominating the sport for the whole of the 1950’s.

In the group second stage of the tournament, Barcelona, Spain and Italy defeated the then unbeaten- and heavy favourite for the title- Brazilian team and knocked them out of the competition. Italy eventually beat West Germany for the win.

Held at Wembley stadium in London, England, a major upset arose when the lowly Wimbledon football team - then heralded as the “Crazy Gang” by British media, beat the most dominant English football force - Liverpool, who had won the league title seven times out of the past decade.

Set in Sweden, the Danish team who had entered only as a reserve from the looming Yugoslav wars went on to win the tournament, beating the defending European Champions, Holland, in the semi finals and then beating the reigning World Champions, Germany, for the title.

The Senegalese team beat France, the reigning World Cup champion during the opening game. The American South Korean teams finished with their best ever in World Cup history to date - the Koreans taking 4th places and the Americans with a shock victory over Mexico and a great game played with Germany the eventual 2nd place winners.

There were several surprises during this tournament that was held in Portugal. First and foremost, three very strong teams - the German, Italian and Spanish national teams - were knocked out in the first round. The reigning title holders - the French - were knocked out by the much lower-rated Greece in the quarterfinals.

For the first time the final consisted of the exact same teams as the first game - Portugal and Greece- and the Portuguese lost both games, also a first. This is heralded as the most unexplained victory in European Football history.

he Russian team was not regarded as a strong opponent due to the fact that they were one of the youngest and inexperienced teams in the tournament. The biggest upset was when the Russian team beat the Swedes and went on to defeat the defending champions, Greece, before losing to Spain in the semi-finals.

Probably the most exciting tournament in living memory, surprising results came thick and fast. The Germans didn't get out of their group for the first time in about 80 years. The Portuguese (current European Champions) didn't get out the group stages either. The Spanish lost in the last 16 on penalties to the high unfancied Russians. The Croatians' made it to the final against France and played the better football for the first 30 minutes, but eventually tired and lost 4-2.

Whether you root for the underdogs or the top dogs, you can’t disagree with the fact that the upsets that ensue when an underdog wins are exciting; and gives fans just that the more reason to watch!