For A Longer Life Eat 10 Fruit And Veg A Day 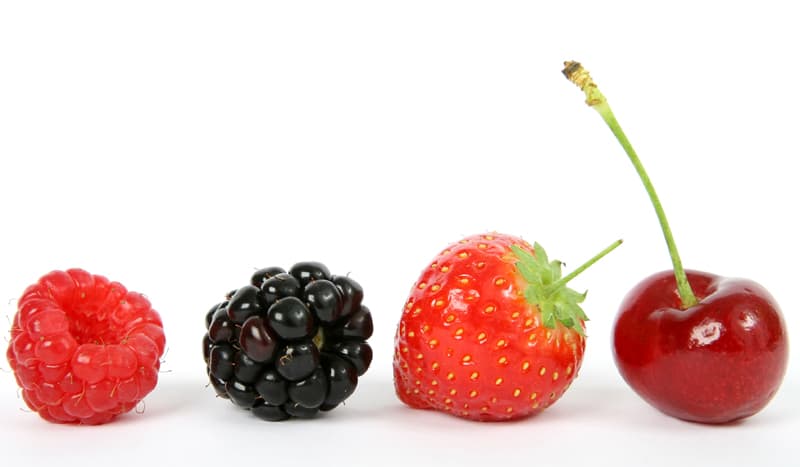 Research now suggests that we need to eat 10 portions of fruit and veg each day, up from 5, to help us live longer. Imperial College London, who conducted the research, have said that 7.8 million deaths could be avoided each year if more fruit and veg is eaten.

Why Is Fruit And Veg So Good For You?

Fruit and veg contains many antioxidants, minerals and vitamins. Antioxidants for example are crucial to reducing DNA damage so reducing the cancer risk. The research also found that vegetables were more beneficial than fruit. Each portion of vegetables lowers your risk of death by 16%, each piece of fruit lowers the chance of death by 4%.

What Is A ‘Portion’?

A portion is defined as 80g, in real terms that is equal to 1 banana, one apple, one pear or three tablespoons of peas. Bear in mind that an average apple weighs 150g and a small cauliflower weighs in at around 265g.

Fruit And Veg And Different Diseases

Lower risks of cancer are linked with green veg including the likes of spinach and cabbage, yellow veg like peppers and cruciferous vegetables like cauliflower. Lowering heart disease and stokes was linked to apples, pears, citrus fruits, salads, green leafy vegetables, cruciferous veg.

To get the right blend of fruit and veg each day nutritionists tend to suggest that you simply ensure that you get a spread of different colours on your plate each meal time.

Public Health England, whilst accepting the research, have said that they think 10 portions a day is unrealistic for a lot of people. This is based on evidence that many people struggle to eat five potions of fruit and veg a day, in fact it’s as low as 1 in 3 people meeting the 5 a day target.

How You Can Achieve More Fruit And Veg

Look at smoothies and snacks that include raw vegetables and fruit with healthy dips like hummus. But the key message here is that even if you are struggling to achieve the 10 portions don’t give up. Even a little more fruit and veg each day will bring health benefits. So a daily intake of just 2.5 portions of fruit and veg each day was associated with a 16% reduced risk of heart disease, a 4% lower risk of cancer and a 15% reduction in the risk of premature death.

Health experts have called on the Government to subsidise the cost of fruit and veg which they suggest could be funded by taxing sugary foods. It may be worth bearing in mind the Australian Government advice to eat ‘two plus 5’, in effect two helpings of fruit and five of vegetables.