Home / Entertainment / Gambling / Things You Need To Know About Bingo

Things You Need to Know About Bingo 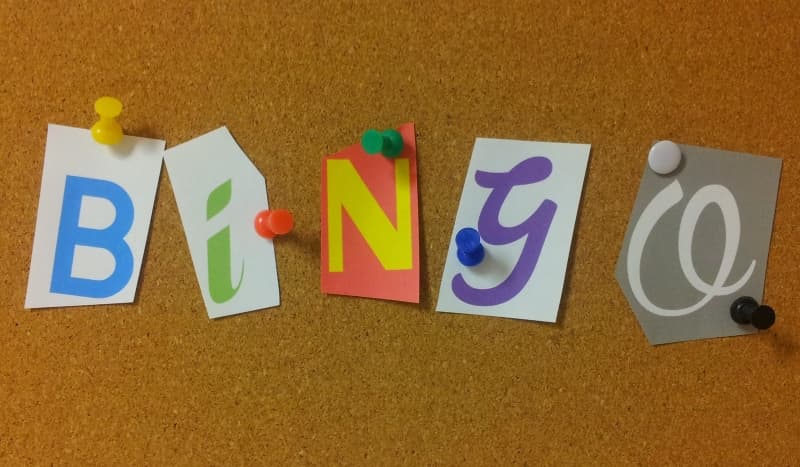 If you fancy trying out bingo games or even your local bingo hall, but you're not sure what's involved, then our quick bingo guide should help you understand how it works and how you could make some money and have fun at the same time!

Bingo is a much-loved hobby for many people; perhaps you learned how to play bingo as a child, or maybe you discovered it later on in life? However you stumbled across this great game, there’s a good chance that you’ve played it (or seen other people playing it) at least once.

In recent years, you don’t even need to visit a bingo hall to play; electronic bingo and online bingo have seen a surge in popularity in recent years as technology has evolved and people discover new and easier ways to play the game. But how did bingo start and who invented it?

You may be surprised to hear that a form of bingo can be traced back to as early as 1530 in Italy, when a state-run lottery called "Lo Gioco del Lotto d'Italia" started to run every Saturday. The French then introduced a new form of bingo (called lotto) in the late 1700s.

One of these lotto games involved the use of a playing card with three rows and nine columns, and four free spaces per row. The caller would reach into a bag filled with wooden chips that were marked with numbers from 1 through to 90 (1 to 10 for the first column, 11 to 20 for the second, etc.). The first player to entirely cover one whole row on their card was the winner of the ‘prize’.

In modern bingo games, the process remains mostly unchanged, the only difference is the technology that is now used – a bingo rotating machine will generally be used, rather than a bag and bingo balls are often used instead of chips. Each player will be given a card filled with numbers in boxes (or several cards if they wish to play more than one).

The players’ then cross off the numbers as they are drawn by the bingo caller and the first player to reach a full ‘house’ (complete their card) will be the winner (in some cases, the first player to get a complete line will also win a smaller prize – this depends on the location/type of bingo game being played).

Over the years, the prizes given to bingo winners have also changed, it is now possible to win a large amount of cash or goods on a bingo game; hence it’s ongoing popularity. Many people may find themselves logging onto bingo websites or visiting their local bingo hall once a week to enjoy this hugely popular activity.

If you do enjoy a game of bingo, or perhaps you’re thinking about playing a game soon, you may wonder if there are any bingo ‘tips’ to learn. Certainly, many people believe that luck and superstition mostly dictate the result of a game of bingo and as per any other gambling activity, this could be the case; however, other people will say that there is a strategy to playing it (although no strategy has proved to be 100% successful!).

If you are attending a bingo game, you will need to learn the basic rules of bingo. The game is very easy to partake in, but you should check your bingo hall/online bingo site to find out about any rules or special game variations that they may have. If you are visiting a hall, always take a pen with you (special bingo markers are available) and it is sometimes advisable to take a little tape to hold your card(s) down (this can make marking the numbers easier, especially if you are working on a slippery table surface).

Always stay alert and if you are hard of hearing, try to sit near to the bingo caller, but most of all, have fun playing this amazingly fun game!