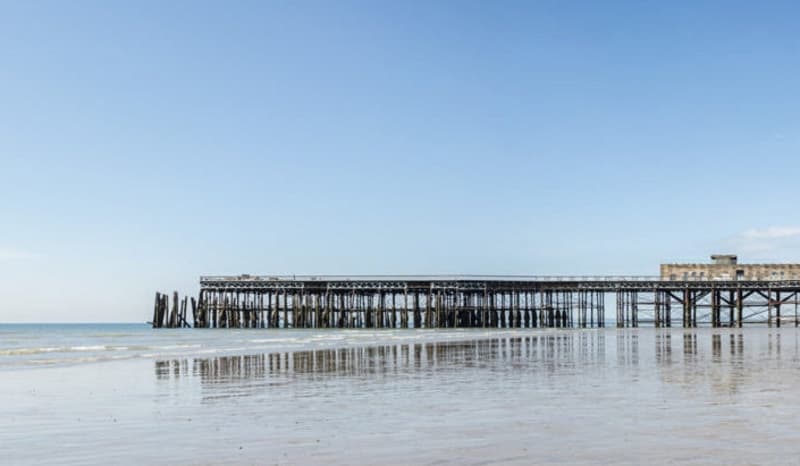 Hastings Pier has recently won the RIBA Stirling Prize for being a building in the UK which has made a contribution to UK architecture. This prize is now in its 22nd year and Hastings Pier beat off the likes of the British Museum Exhibitions Centre and City of Glasgow College.

About the Stirling Prize

The award looks at architectural excellence in the UK. It started in 1996, previous awards were called the Building of the Year Award. It is named after James Stirling who won the Royal Gold medal in 1980. The prize is awarded to architects who ‘have made the greatest contribution to the evolution of architecture over the past year’.

Past winners include the Everyman Theatre in Liverpool, the Sainsbury Laboratory, University of Cambridge, The Scottish Parliament and the Millennium Bridge in Gateshead. Last year’s winner was Newport Street Gallery.

The criteria the judges use include design vision, innovation and originality, the capacity to stimulate, engage and delight both visitors and users, accessibility and sustainability, how fit the building is for what it is to be used for and how satisfied clients are with it.

Hastings Pier was a 7 year project between the community, Council, engineers and architects and was an attempt to renovate a pier that was in a state of decline. In 2010 a fire had wreaked havoc with the pier, it was eventually compulsory purchased by the council for £1.

The new pier has been nicknamed the plank. The project was funded by the Heritage Lottery and a crowdfunding campaign which managed to raise £590,000. This crowdfunding aspect is seen as an integral way of engaging local people and making them feel they had a vested interest in the future of the pier.

What the judges really commented on was the attempt by the architects to look at how the pier could be used by a wide variety of local people. In addition they made the very brave decision not to build anything at the end of the pier, as tradition would dictate. The new centre is situated in the middle of the pier and is covered in reclaimed timber that was salvaged from the original fire damaged pier. This building can be used for coffee and a meeting place but also for events and education. These will take place in the rooftop belvedere. People have commented that not building on the end of the pier opens up the sea more and creates a very open feeling. It will also open up a large space for many different uses. The winning architects were dRMM Architects. It is also important to note that the pier also won the public vote.

dRMM Architects had been shortlisted twice before in 2010 for a primary school in London and for a housing scheme in Southwark. What seems to have impressed the judges most was the way the firm engaged the local community in what they were trying to achieve. It is this collaboration that has received widespread praise.