What To Do If Your Cat Becomes Aggressive 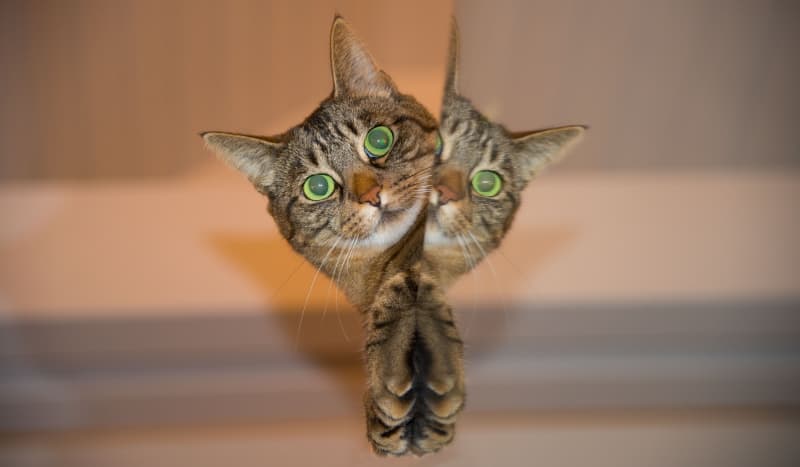 Ever had your cat turn on you? Often a cause for concern amongst pet owners, aggression in cats can be displayed through a variety of different behaviours. Scratching, biting and pouncing can be harmful for both yourself and your pet, and may leave you both with a rocky relationship.

However, it’s important to identify the differences between aggression and typical play - especially when it comes to younger kittens. Playing is vital for their development and if your feline has plans to become an outdoor cat, they’ll use their indoor playtime as a chance to prepare them for life on the outside.

If you’re noticing that your cat is becoming aggressive with other felines, humans or even you, read on to find out how to recognise the difference between playing and intentional aggression and what to do about it.

When you suspect that your cat is being aggressive, carefully observe them to see which behavioural patterns they display.

Whilst cats are notorious for being unpredictable and difficult to read, the following body language indicators can help you to determine why they’re acting out:

Along with these types of posture, you can often distinguish aggression by looking for shrieking, growling or biting in your pet.

As a cat lover, there’s probably nothing you love more than curling up with your pet on the sofa. However, for some pet owners, this can be accompanied by biting and scratches from your cat.

This is called petting aggression and can occur for a variety of different reasons; from your cat having a sensitive spot on their body or simply having a limited tolerance to being touched. The amount of tolerance that cats have vary, so it’s best to get to know your pet’s typical behaviour as scratches can be unpredictable.

The most common signs of petting aggression include restlessness and a sharp meow. Once you’ve realised that your cat is becoming agitated, immediately stop petting them and allow them to move on their own accord.

Once of the biggest reasons for aggression in cats is because the feline feels like their territory is under threat. It is especially common in outdoor cats; territorial aggression can range from hissing to physical fighting.

Most often directed towards other animals, this type of aggression is hard to control as you may not have full visibility on your cat’s habits once they leave the house. However, it can also be directed towards a new human or canine that comes into your home as your pet will view the area as their own.

This type of aggression can be controlled by monitoring the places that your cat has access to. For example, if you’re planning to introduce a new pet into your home, it’s best to give the new cat a room in your home that isn’t often visited by your existing cat. This will allow both cats to more easily adjust to living nearby, without feeling like their territory is under attack.

As you can see, there are several reasons why your cat could be displaying signs of aggression. Ensure that you protect yourself with cat insurance to avoid being landed with an expensive vet bill especially if aggression is common with your cat, as they may end up being hurt.