Mushrooms Help In The Fight Against Brain Decline 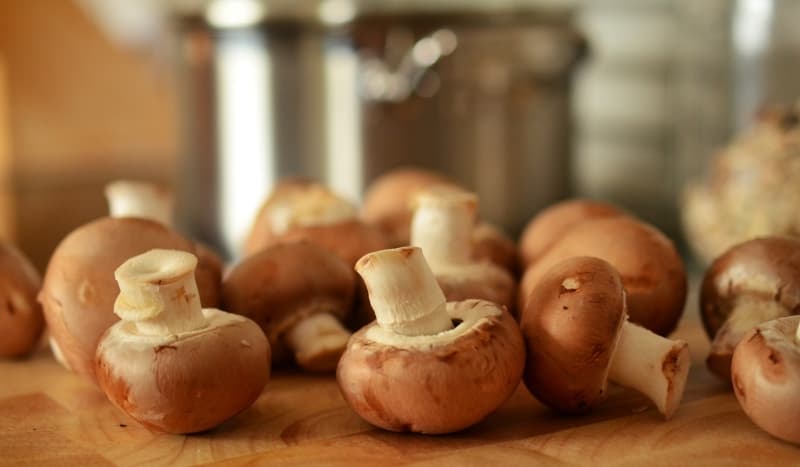 Research from Singapore suggests that eating mushrooms more than twice a week could help prevent memory loss in the over 60's.

MCI is not the same as dementia but does affect between 5 and 20% of people aged 65 or over. Many people who suffer from MCI do go on to develop full blown dementia. The type of symptoms that MCI causes include forgetting events, not being able to think problems through, being easily distracted, struggling to find the right words or even struggling to judge space and distance.

The research was conducted by the National University of Singapore. It was based on studying the eating habits of 663 people over a period of 6 years. The mushrooms eaten included oyster, shiitake, white button, dried, golden and tinned.Those who ate more then 300g of mushrooms a week performed better in brain tests than those who didn't.

Mushrooms contain ergothioneine which is an antioxidant and helps protect cells from damage. They also contain vitamin D,in fact they are the only vegetarian food source of vitamin D. Selenium and spermidine are also present in mushrooms. Mushrooms are also  a good source of B vitamins which help provide energy by breaking down proteins, fats and carbohydrates and play a key role in the nervous system.Betaglucans also boosts immunity and help resistance to allergies. The researchers were keen to say that participants may also have been eating others foods like green tea, nuts and fish which have also been cited as helping the brain.

The Alzheimers society are keen to point out that there are many factors which can slow down the start of dementia and diet is one of them. They also cite that medical conditions like high blood pressure, diabetes, stroke and heart problems are closely linked with the development of MCI.They are clear that the best advice for anyone who wants to reduce their chances of developing MCI is to not smoke, drink in moderation, take physical exercise and eat a very balanced, healthy diet.There is also evidence that exercising the mind is also crucial. They recommend card games, puzzles, reading which can help keep the brain active. They also suggest that social interaction can help show down the onset of MCI.

Other Health Benefits Of Mushrooms

There is ongoing research about the health benefits of mushrooms. They have been cited as a protection against cancer by protecting our cells against DNA damage. The lowering of cholesterol has also linked them with protecting the heart.

What Is the best Way To Cook Mushrooms?

The latest research tends to suggest that the the shortest cooking time is best for mushrooms to retain their vitamins and nutrients.It seems that microwaving or grilling mushrooms increases the antioxidant activity when compared to boiling or frying.Mushrooms can be a difficult food to store as they can deteriorate very quickly.It is best to keep them in a fridge in original packaging. If you do buy loose mushrooms then store them in a paper bag and store in the fridge.