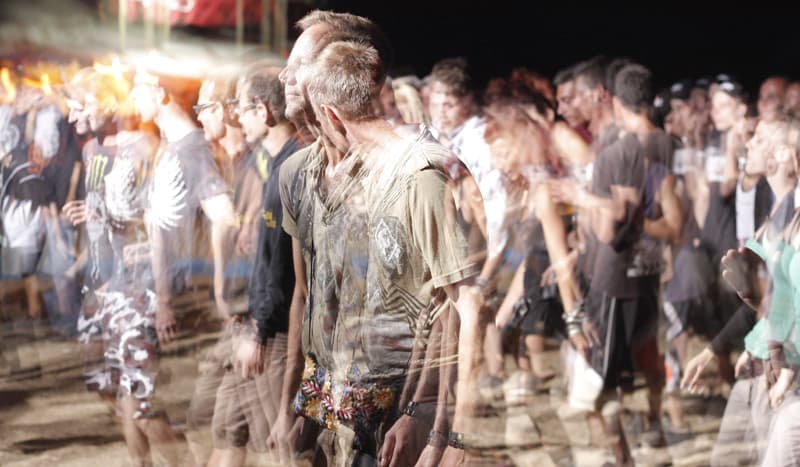 You want to go out and enjoy the night, so don't get wrong-footed by drugs. Read our guide to recognising if drugs are being used around you and how to enjoy yourself safely.

If you visit nightclubs on a regular basis, there is a good chance that you will see drugs at one point or another. Although it is highly advisable that you do not accept any kind of drug from anyone while you are in a nightclub, it is useful to know what nightclub drugs look like. By recognising the different types of drugs frequently found in nightclubs you can educate yourself on their appearance and also understand the dangers associated with taking them – quite often you may not even realise that you are being offered drugs in nightclubs until it is too late – you may then go on to suffer unpleasant side effects or long-term health problems following drug use.

One of the most common types of nightclub drugs is marijuana. Marijuana is often rolled in cigarette paper and smoked. Although marijuana may look like a regular roll-up cigarette, it can usually be identified by its strong smell. You should also be aware that marijuana is often mixed with tobacco, so the smell and appearance of a marijuana joint can differ a lot. Generally speaking, marijuana is green in colour, though this will differ depending on the kind of marijuana that is being used.

Ecstasy (often referred to as E, doves, XTC, diamonds or disco biscuits) is perhaps one of the most commonly-heard about nightclub drugs. Again, this drug can differ in its appearance, but often it is formed into a flat and round tablet that is white, yellow, pink or clear in colour. Many Ecstasy pills can easily be identified by a small motif that is embossed on the side of the pill.

Amphetamines such as speed, a very common nightclub drug, are drugs that come in a number of different forms. Some amphetamines are powder-like in appearance, with coarse crystalline powders that are either entirely white in colour, or tinged with grey or pink. You can recognise methamphetamine as it is similar in appearance to clear rock salt (i.e.. it looks similar to shaved glass slivers). You should also be aware that amphetamines can also be taken in coloured capsules or tablets.

Another nightclub drug to be aware of is LSD. LSD takes the form of small squares of blotting paper. These squares are usually brightly coloured or they may have an image printed on them (i.e.. a smiley face is quite common with LSD). However, liquid LSD will usually be taken from a tube or small container and it is also found in small, thin squares of gelatine.

Ketamine is a very strong sedative that is often found in nightclubs – often referred to as simply ‘K’, green or Special K (amongst other names), Ketamine can usually be recognised as coming in a clear liquid or a white powder. GHB (also known as Grievous Bodily Harm, liquid Ecstasy or fantasy) is usually presented in a liquid or a crystal powder that is both odourless and without colour.

Prescription drugs are also being used a lot as nightclub drugs in recent years. It goes without saying that prescription drugs can differ a lot in their appearance – they come in capsules and solid tablets of all sizes, colours and shapes. If someone offers you a prescription drug, always be aware that you may not know what you are taking - just because they are prescription drugs, this does not mean that they are safe for everyone to take, they have been prescribed for a specific individual for medical purposes.

By understanding what nightclub drugs look like you can educate yourself about them and be prepared should someone offer them to you in a nightclub. The majority of nightclub drugs are illegal, prescription drugs are not, however, the misuse of them can be, so always be aware of your actions and try to stay safe.