What Is Fake News? 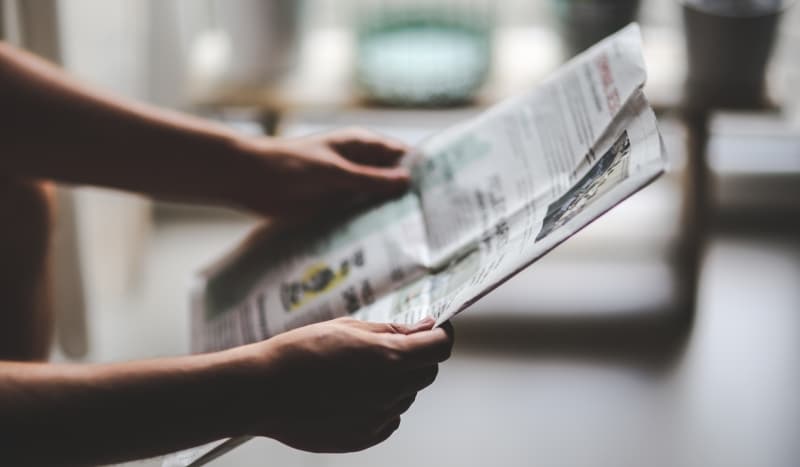 We hear the term 'fake news' a lot at the moment but what does it actually mean and what should we do to ensure that we don't fall victim to it?

We may not have heard of the term 'fake news' until a few years ago but the fact that the words fake news was named "2017 word of the year" tells you all you need to know about its popularity. In basic terms fake news mean that what we see or read is not actual fact but instead it has been made up.

What Is Fake News?

There are two different types of fake news. The first type is a fake story that has been deliberately published.In other words it has been published deliberately either to deceive or to encourage a lot of people to buy or visit an online publication.

The second type of fake news is a story that may have an element of truth in it but it is not completely accurate. The latter type of fake news may be a simple exaggeration or a piece of news that has not been fully investigated. Fake news can now be a major problem as with the growing popularity of social media a news story can travel much faster than in the past.

When you consider that Facebook has 1bn users fake news can influence a huge number of people.

Why Does Fake News Matter?

Fake news is an issue as it can mislead people and cause them to take a view on an issue that is not based on direct evidence or facts. It has also led people to mistrust much of what they now see and hear on the media. It has also become a rather glib word that is often banded around when someone simply doesn't like what is being said.The end problem with all this is that many people simply don't know what to belive any more and can grow rather cynical about politics and politicians in general.

Trump uses the words fake news very often. Some examples of fake news from the US election include an often quoted comment allegedly made by him that his Republican voters were 'dumb'; which turned out to be fake news.There were also many news stories circulating around Hilary Clinton which turned out not to be true. In this sense many commentators feel that fake news could have really influenced the outcome of the American election.

Is It Easy To Spot Fake News?

Stanford University recently carried out some research in the US which looked at the responses from nearly 8,000 US college students to see how easily they could distinguish fake from real news stories. They findings were really shocking as many educated students couldn't even distinguish what was a paid advertisement from an article.

They did find however, that when looking to get the promo code of ladbrokes, casinos or spread betting companies, whilst they were dropped in to some related sports news, the resulting pages were not fake and were bonefide companies.

How Can You Spot Fake News?

If you want to ensure that what you are reading is 'true' then there are a number of precautions you can take. Has the story been reported anywhere else? Is it just online or has it been reported by a number of news channels across TV and radio? If it has then it may be true. Who is behind the story, if it is a newsworthy organisation then you should be able to trust it more.

The final question is to ask yourself it the story even sounds believable.You can also look for red flags in things like the domain name of a news source.A properly researched news story will also usually have the sources of all figures and opinions quoted.

The Digital, Media,Culture and Sport Committee has recently published its report into the law and tech companies and the whole issue of fake news in the UK. Their recommendations are that the electoral laws in the UK need to change so that they can deal with the technology now available. They are also asking for tech companies to have their algorithms audited and that there should be an end to self regulation.