What's On In Liverpool? 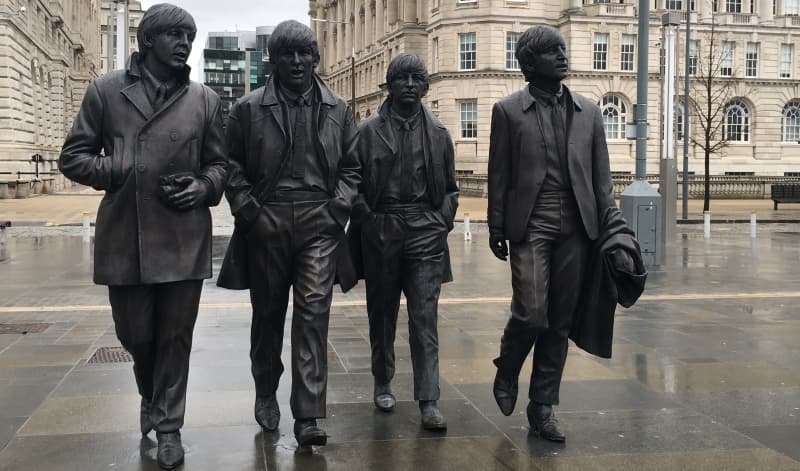 A vibrant, cultured city on the West Coast of the UK that is steeped in maritime history thanks to it's docks. Easy to get to, there's a world of reasons why you should be coming to Liverpool for a break, to live or to enjoy an evening.

Like the Great Wall of China or the Pyramids in Egypt, Liverpool is a UNESCO World Heritage site due to its docks and waterfront. This, along with its recent status as a European Capital of Culture alongside it's rich history, means Liverpool is a huge tourist attraction in the North West of England.

Liverpool, a European Cultural Capital and a city bulging with activity, boasts hundreds of things to see and do. This is just a fragment of the many things on offer in the vibrant hub of the North West and it is certainly worth noting that it’s said the only way to truly experience Liverpool is to take a ferry across the Mersey and witness some of Liverpool’s truly magnificent architecture and heritage.

How To Get To Liverpool

Getting to Liverpool could not be simpler. The Liverpool John Lennon Airport is located just seven miles southeast of the city centre and is the tenth busiest international airport in the UK. Nearby motorways include the M53 and M56 to the south and M57 and M62 to the north of the site.  The
city is also served by Liverpool Central and Liverpool Lime Street stations, offering rail links to the entire country, from London to the Scottish borders. For those wanting to arrive in style, cruises from around the world dock in the City of Liverpool Cruise Terminal.

Accommodation in the city is diverse and widely available. In 2005 the city’s first boutique hotel opened, Hope Street Hotel, located opposite the Philharmonic Hall in the Georgian Quarter. There’s also the four star Hard Day’s Night Hotel just off Mathew Street in the city centre. There are also several upmarket chain hotels such as Crowne Plaza near the Pier head, or the Novotel and Hilton in the heart of Liverpool’s ONE project; however the city is home to countless more hotels and bed and breakfasts.

Liverpool’s Tourist Information network boasts three state of the art information centres, manned by multi lingual staffs that are willing to provide assistance and advice for all kinds of enquiry. The centres also offer additional services such as event and accommodation booking. The Tourist Information network is run by the Liverpool Culture Company, an organisation set up by Liverpool City Council that worked with the city’s 2008 European Capital of Culture Status. The organisation works with local retailers, businesses, industries and schools. Their aim is to create a positive legacy for the city and help it shine on the world stage in terms of culture.

Liverpool’s 08 Place, located on Whitechapel in the heart of the city, is the hi-tech tourist information centre.  Whitechapel can be found just off Liverpool’s world famous Mathew Street. The centre offers, along with the basic services, Mersey crossing tickets, theatre tickets, gifts, souvenirs and a free email and text messaging service.  A series of promotional kits for retail outlets have been launched by 08 Place in order to celebrate Liverpool’s Capital of Culture status,
containing posters, events calendars and decorations. From April to October the centre is open from 9am to 6pm on Monday and Wednesday through to Saturday. The centre opens an hour later on Tuesdays and on Sundays and Bank holidays is open from 11am to 4pm.

Liverpool’s Albert Dock Visitor Centre provides information, events booking and guide to tourists visiting Liverpool’s famous waterfront. The Dock, opened in 1846 by Prince Albert, is home to the largest group of Grade I listed buildings in the UK. Visitor attractions in the area include the Beatles Story, the Merseyside Maritime Museum and Tate Liverpool, not to mention a vast range of chic and elegant bars and restaurants. The Visitor Centre is located on Anchor Courtyard and is open all
year round, from 10am to 5.30pm April to September and 10am to 5.00pm from October to March.

Finally, there are information desks on every floor of Liverpool John Lennon Airport, open from 5.30am to 8.30pm all year round. The airport, located just less than 7km south east of the city centre, adjacent to the River Mersey in the Speke district, is the UK’s tenth busiest flying to over a hundred destinations across the globe. Flight information is also available via telephone and the ground floor hosts a counter for the Tourism Bureau. For information on flights the phone number
to call is 0870 108 8484 or for Liverpool’s Tourist Board 0906 680 6868.

Throughout the year, Liverpool hosts numerous events and festivals that are all worth visiting and experiencing. From annual events such as the Grand National, held at the Aintree Racecourse, to Europe’s largest free outdoor music event, the Mathew Street festival, there is always something going on. Other notable events include the Southport Air Show and the biannual Liverpool Biennial, where the entire city is literally transformed into a huge contemporary arts gallery.

We have dedicated a whole article to key events in Liverpool's calendar, which you can find here.

As diverse and exciting as the city itself, from state of the art shopping centres to quirky boutiques and farmer’s markets there is certainly something for every shopper.

At the heart of Liverpool is the brand new Liverpool ONE project, which opened its doors in 2008. The centre is home to over 160 big high street names from John Lewis to Topshop. Liverpool ONE also boasts a 14 screen Odeon cinema and over 20 restaurants and bars that serve food and drink from around the world.

Increasingly you will find all the regular boutiques from UK, European designers as well as brands from the US and further afield. There is a lot of money in Liverpool from industry, the Premiership footballers through to entrepreneurs. As a result there are shops, restaurants and hangouts to satisfy their budgets!